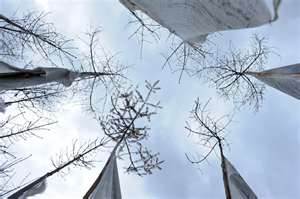 Dwight Swain first described these. MRUs are the smallest units by which a story is told, and when these are consistently used correctly your story will powerfully draw in the reader.

There are two parts of the MRU, the stimulus (cause) and the response (effect), that string together to form a narrative.

The stimulus is external to your character. In other words, it is something occurring in the environment that could be seen, heard and/or touched by any character in that location. It should be significant to your POV character so that he will feel he needs to respond. Some examples of a stimulus might be a dog breaking its leash and viciously growling as it runs toward the POV character, the hard-won note with secret information fluttering from the POV character’s pocket, or the POV character’s love interest whom he thought hated him unexpectedly kissing him.

The POV character is not written as the subject of the stimulus because this distances the reader from your character. In other words, you would say, “The drawer pinched Sharon’s finger,” not “Sharon felt the drawer pinch her finger.”

The response describes your character’s reaction to the stimulus, and must occur after the stimulus. In other words, you wouldn’t say, “Sharon yelped and pulled her hand away after the drawer pinched her finger” because this is out of order. First Sharon feels the pinch, then she reacts. This may sound obvious, but it happens more frequently than you might expect. Although the reader may not identify the reversed order, he will feel as if something is off.

The response has four components that must always be in the correct order. These components are: emotion or sensation, reflex action, rational action, and speech.

A loud crack ripped through the canyon. (stimulus)

Jack started (emotion/sensation) then looked up in the direction of the sound. (reflex) The careening boulder was almost on him and he grabbed the bush to pull himself out of the way. (rational action)

The boulder thumped where he had stood a moment before.(stimulus)

He felt the ground vibrate (emotion/sensation) and shivered. (reflex) He hadn’t escaped yet. (rational action)

Most of the time you will not use all four of these response components. When you use fewer than four, just make sure that the ones you do use are in the correct order.

When do you use all of these reaction components at once? Since these components intensify the reader experience, you use all four when you want to increase tension or else to highlight something important.
Posted by Amy Deardon at 1:47 AM 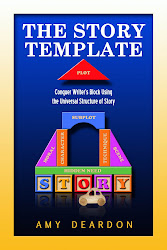